The CyberProfessionals first met in the summer of 1995. A group of RE/MAX agents chatting on the old RE/MAX CompuServe Forum had an idea: Come together in one location, meet face to face and share marketing and technology ideas. 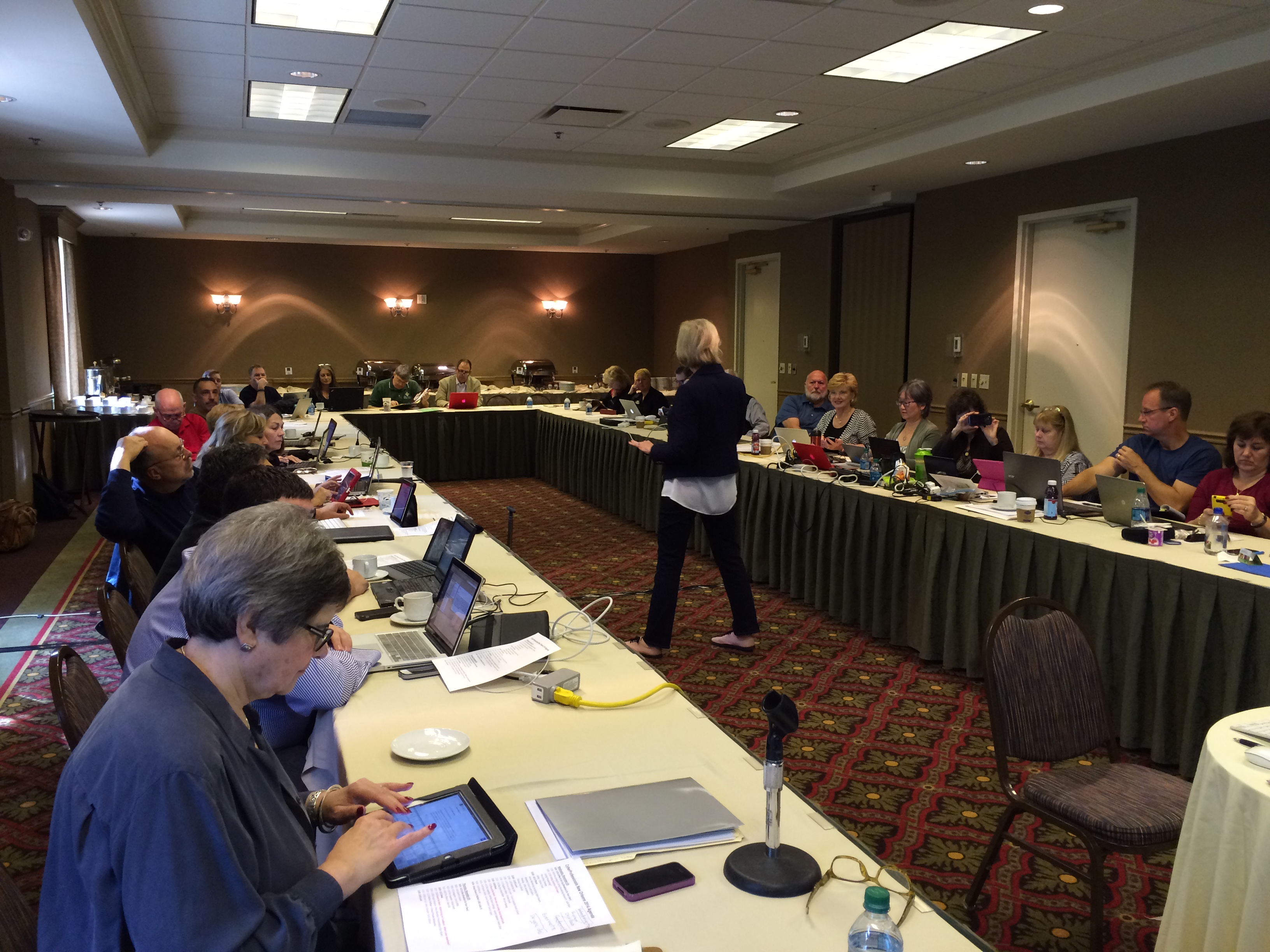 The initial meeting was held at a hotel in Stamford, CT in August of 1995. There were nine people in attendance, all but one from the Northeast. The CompuServe forum was the catalyst of this initial meeting and two members in attendance are still an active part of the group today,  Linda Davis & Cindy DiCianni.  It was the beginning of a nationwide networking and idea sharing group unlike any other.

With the success of the first meeting in August, the group decided to take advantage of the slower market time of December of that year to hold their second meeting. This meeting was held in Atlantic City and new members joined the group including Cheryl Grossman and “Special” Ed Haraway. With the popularity of this growing group, it was decided to begin meeting twice a year. Some of the ground rules were formed in these early stages of the group. Only one member from an area would be invited to join the group in order to allow a member to continue to feel free to share ideas.  Meetings were to be kept as inexpensive as possible and most importantly, each member would be required to participate by presenting marketing and technology ideas in what was called “15 Minutes of Fame”. This 15 Minutes of Fame concept became the core of the agenda and a variation of this concept is still a part of the agenda today.

The third meeting was held in Baltimore in June of 1996. Each meeting grew in numbers. The CyberProfessionals were making friendships and connections to fellow agents across the country. Referrals became common. Meetings followed in Orlando (Nov 1996), Atlanta (May 1997), and FT Myers, FL (Nov 1997).

In June of 1998, the group met in Baltimore. This meeting is looked back upon as one of the best meetings of the group. A somewhat newcomer in the technology field was invited as a guest to address our group. Allen Hainge was known by a few of the members for his own internet marketing group called “CyberStars”. In addition to Allen, Howard Brinton Superstars, Chris “CC” Cormack and Mary Charters addressed the group.

In November of 1998 the group met again in Atlanta, followed by Denver in June 1999.  In consideration of the growing network, this was the first time a meeting was held somewhere other than the east coast. RE/MAX International CEO Daryl Jesperson addressed the group.

Meetings followed in May of 2000 in Washington DC, November of 2000 in San Francisco and May of 2001 in Scottsdale.

The 14th meeting was held in Chicago just prior to the NAR fall convention. Howard Brinton Superstar Buddy West addressed the members and the group was also given an advanced peak of On-line Agent’s new software due to be released the following year.   The next meeting was held in May of 2002 in Naples, FL, followed by New Orleans in November, 2002.

The 17th meeting was held in Indianapolis in May of 2003.  Besides having a fantastic meeting hosted by Roger Lundy, the group was entertained one evening by riding a bus out into the countryside of Indiana to Bonge’s Tavern.  Later that fall the CyberProfessionals were back for the second time in three years to San Francisco. 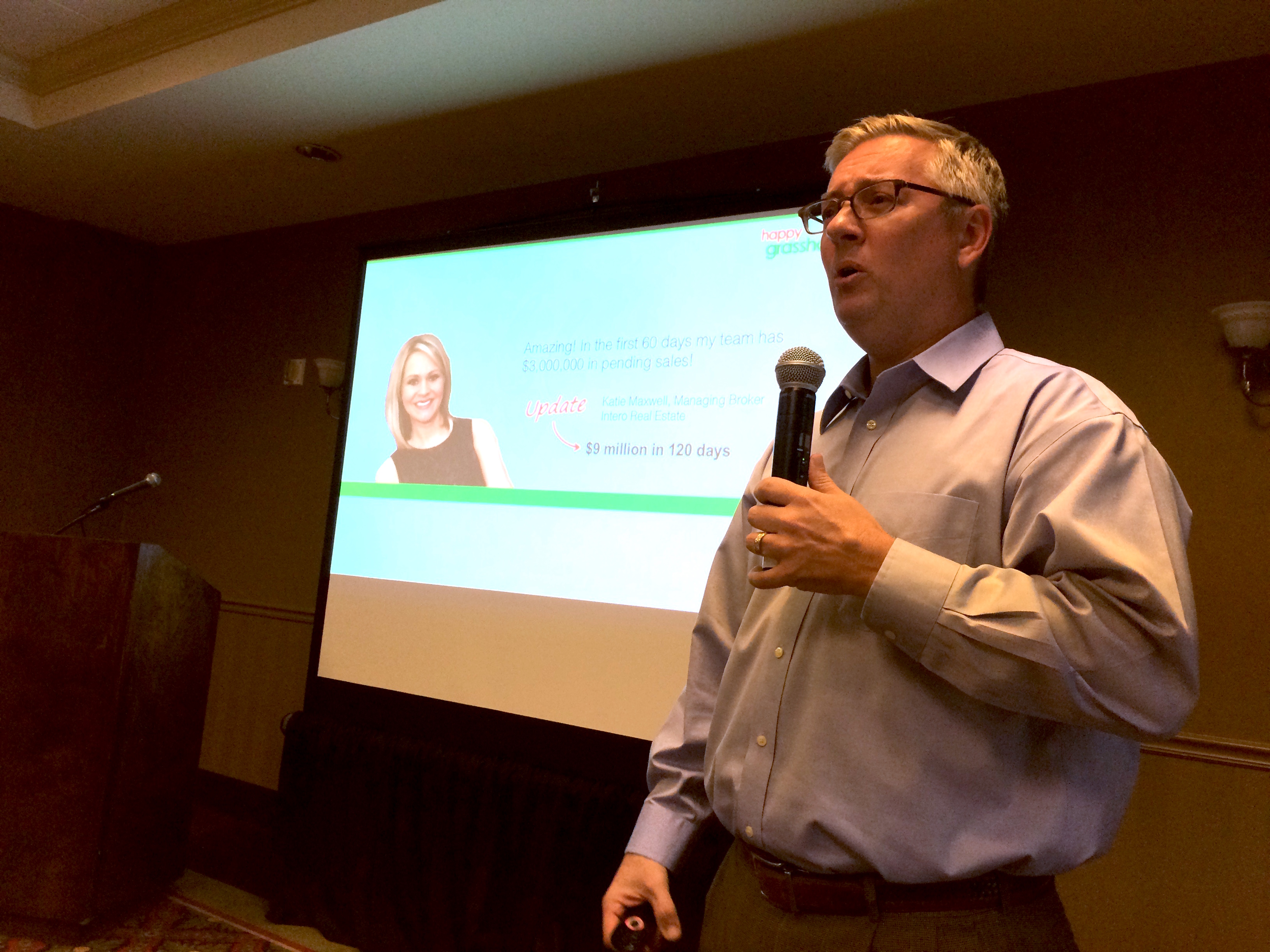 In 2004, CyberProfessionals celebrated their 10th anniversary with the May meeting in Providence, RI.   The fall meeting that year was in Orlando.  There was record attendance at this meeting, and for the very first time the meeting was held in a Castle.  Ok, it wasn’t a REAL castle, but at least the hotel could be spotted from anywhere on International Drive.

The end of April, 2008 the CyberProfessionals gathered in Pittsburgh.  Many of the members took a Duckie Tour and enjoyed a river view of the city. Novembers meeting was held in Orlando, just prior to the NAR convention. In the spring of 2009, many members of the group were in Phoenix for BloodhoundBlog Unchained.  This was a Guerilla Marketing Boot Camp, 54 hours of hands-on content spread over 72 hours of clock time.

San Diego was the location of the fall 2009 meeting . It was a one day meeting followed by attendance at the NAR sponsored REBar Camp. For many members it was their first REBar Camp experience.

In May of 2010 the group traveled to Nashville and met at the Nashville Association of Realtors® offices followed by a REBar Camp hosted by Brian Copeland.  The second meeting in 2010 was held in New Orleans prior to the NAR Convention.  For the second time, the meeting was held at the Hampton Inn and Suites, perfectly located across from the Convention Center.

Chicago of 2011 was the group’s destination where CyberPro friend Todd Carpenter hosted the  meeting at the National Association of Realtors® Headquarters. First timers to this location enjoyed a tour of the building and a visit to the well known Realtor® library.

The CyberProfessionals started as a group of RE/MAX agents and so it was only fitting that they held their 2012 meeting at RE/MAX Headquarters in Denver.  On Friday, CyberProfessionals wore red in support of RED (Remember Everyone Deployed) Day.  November of 2012 found the group back for a second time at their favorite Castle hotel in Orlando.

One of the original members, Cindy DiCianni was host for the Kansas City meeting in the spring of 2013.  November’s San Francisco meeting was hosted by Trulia in their penthouse meeting room. It was exactly what one might expect of a technology company complete with couches, game are, a beer keg and plenty of ice cream in the refrigerator. 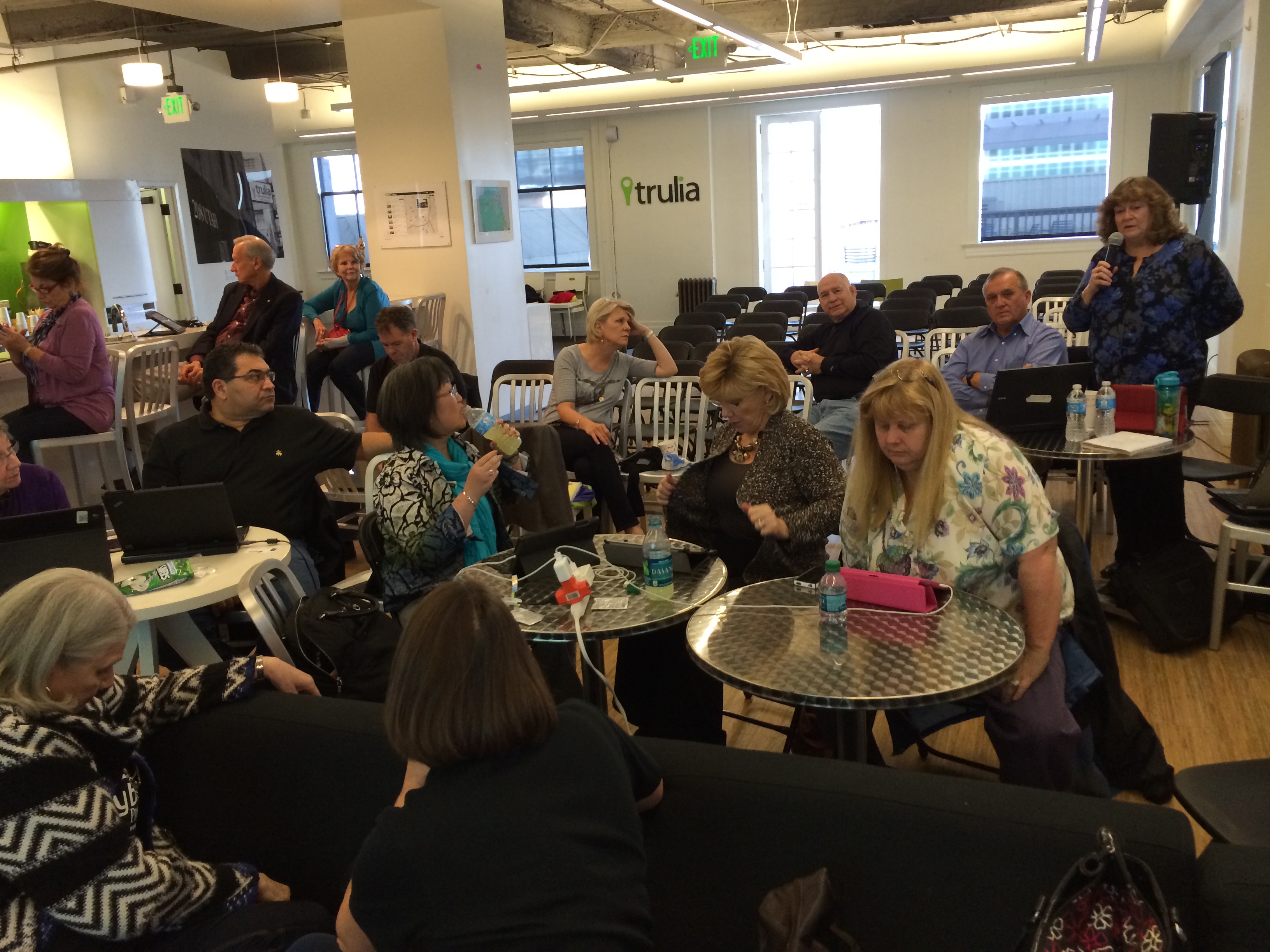 d, to the historic town of Mystic CT. The meeting started with a half day workshop on lead generation. The group feasted on Lobster rolls and plenty of seafood and even held a Lego building contest that showed off member creativity as well as team building skills.

We returned to New Orleans for a 4th time in November 2014 and stayed at our favorite Hampton Inn and Suites hotel just a few steps from the Convention Center. The staff is outstanding and the location couldn't be better. We continued the idea of collaborating on a "drill down" topic and for a half day shared our listing and home marketing systems.

Spring 2015 found us back in Nashville where we enjoyed the hospitality and good food of that city. We focused several hours on Google topics including Gmail, calendar, drive and forms. The Tennessee Association of Realtors hosted us and their state of the art facility is one of the nicest we have for a CyberProfessionals meeting.

We headed back to Atlanta for a 3rd time in April 2016 with our meeting hosted by Sid & Nancy Minor and held at their local Keller Williams office. Of course, no trip to Atlanta is complete without a dinner at Mary Macs famous restaurant! The November 2016 meeting was in conjunction with NAR Convention in Orlando, FL with our meeting held for the first time after NAR and at the Florida Association of REALTORS building. It was a terrific venue and we had great attendance.

As 2017 rolled around, we met at a new location in April. Raleigh, North Carolina, the home of our group sponsor Dakno Marketing was a successful meeting where we picked up a couple of new members and also were entertained & educated by Jerry Rossi - Rossi Speaks! November of 2017 will be a return to the windy city of Chicago Illinois with a two day technology focused meeting on November 1st & 2nd.

In 2018 CyberProfessionals met in Indianapolis, Indiana in the spring and then Warwick, Rhode Island in the fall just days prior to the NAR convention in Boston allowing members to attend our meeting and then move on to the NAR meeting.

The spring of 2019, the group met in Houston Texas at the Houston Association of Realtors (HAR). We began at this meeting to incorporate remote presentations by vendors. This meeting Skyler360 was remotely presented from Tel Aviv, Israel and from Kent Sutherland from Flexibits, parent company of award winning products Fantastical2 and Cardhop! Both are top apps in IOS and Google Play Store AND Kent is the son of one of our members, Pei Lin Huang.